What Skills Are Required To Build a Cloud Application?

With the exponential increase in modern mobile device usage, different operating systems are coming into existence with varied characteristics and a wide range of screen sizes. To cope up with demands of various mobile device types, app developers are adopting cross-platform capabilities. But alone cross-platform can’t manage the hoards of data inflow coming from millions of devices.

The solution to this problem has been around since decades, but now it is gaining an edge with more and more developers moving to cloud technology to build cloud-based apps that increase the storage capabilities of apps, help businesses handle data efficiently, and more.

If you are also thinking of moving to cloud technology to build more capable apps, you need to acquire a certain set of skills that aid you in building fully-fledged cloud apps.

Before we take a hike on what those skills are, let’s have a brief look on what cloud application is and how it works.

What is Cloud Application?

A cloud application is an internet-based software program processing logic and data storage in the cloud.

A software program, in this case, is an app where the user interacts with the app. The app collects the data and stores it in the cloud. From the users’ point of view, a cloud app is similar to a standard website while the app works behind-the-scenes, processing data in the cloud.

Some common examples of cloud-based apps that have become a part of your daily life are Gmail, Google Drive, and Facebook. 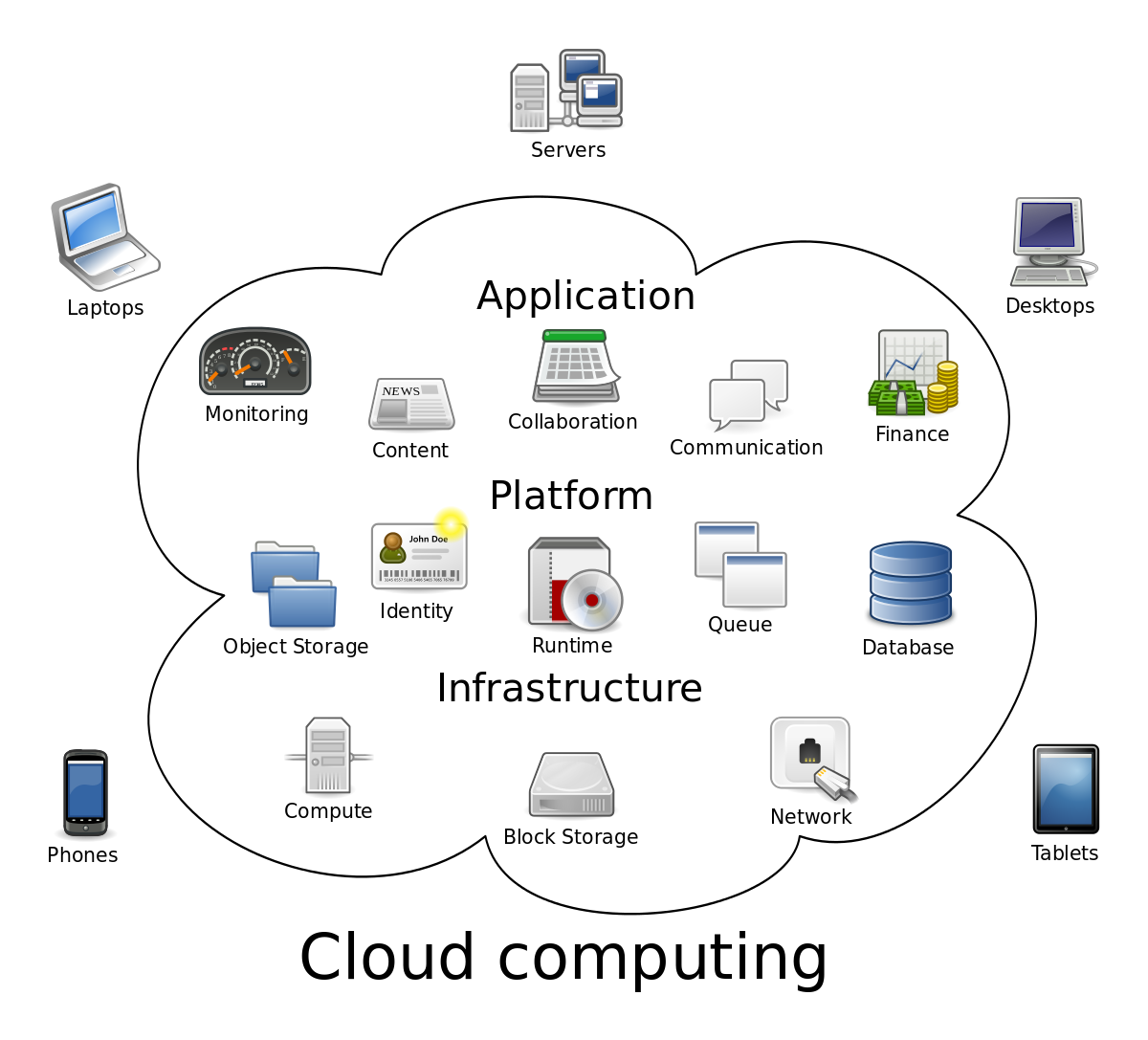 Cloud apps are similar to web-based email sites, allowing users to enjoy all the features and files of the program without  worrying about storing bulk of the data in the mobile. Users send their personal data to the cloud-hosted server which stores information for later usage. Not only from the users’ side, but the cloud apps are also valuable for businesses that need access to large amounts of data without getting confused over which data resides on which corner.

As per the studies of International Data Group, 69% of businesses use cloud technology in one way or another and 18% are planning to move on cloud app solutions for their users.

Without further ado, here’s the set of skills you need to master now:

1. Get a Grip on Elements of Cloud

Cloud app developers generally work with cross-functional teams which is a mix of various teams from various departments including software, operations, designers, architecture, etc. It means when it comes to learning cloud-app skills, you have to get aware of a few elements to understand how different parts of cloud apps work in sync with each other:

These are some of cloud app development elements you must grasp before starting the development journey:

Based upon the needs of an app and the organization, you can choose any of the 4 basic types of storage:

Data is the centre of cloud apps. It is important to understand how to store data and where. That’s because each app and the organizations have varying needs of data like how much to store and how much to use. Hence, learning all types of cloud storages and their capacities is the fair idea to start for a cloud app maker.

Virtualization has allowed many developers to reduce the use of multiple hardware assets. It also helps developers to rely on less assets with more efficiency by using multiple virtual machines at a time on the same hardware.

To conclude, virtualization makes you scalable and avails fault tolerant resources. So it’s crucial for cloud app developers to acquire some experience in virtual services like virtual machines, EC2, etc.

2. Learn to Draw A Clear Picture Of Requirements

Before you jump in making a cloud-based app for a client, make sure you understand their requirements very well. Not only the requirements of the organization but also of the consumers. Create a framework communicating requirements in a crystal manner so that you don’t lose the track during the actual cloud app development process.

Here are some examples of how to shed lights on demands:

Your job as a cloud app developer is to understand the business domain, its problems, and fitting the solution in the app. For this, you must be able to transform a business problem into a visual model of the app.

Do remember, solving the business problem via app is the key.

In this digital age with complex requirements knocking doors from all the four sides, developers can’t go long with limited skills of writing code. They have to be cognizant to solve complex systems.

Let’s just say, developers need to keep a bigger picture in the mind. They have to be in sync with how things work in the field and on the network. They must follow a consistent design pattern to save the app from randomness. They must have an equal idea on what’s going on with the app.

This is where DevOps comes into the play to simplify the structure and keep everyone on the same page.

DevOps enable cloud app developers to organize communication and the team involved in the app to solve the problem and offer solutions that add value to the business. This ability brings a redefined culture in the team and results in innovation. One of the biggest parts of DevOps is automation that reduces workload from the team, allowing them to concentrate on more creative tasks.

Microservices are the cloud-based native architectural approach where a single application holds many independent, smaller components or services. Generally, these services:

While most of the debate about microservices revolve around architectural meanings and characteristics, their importance can be easily understood through simple business and organizational benefits. Like:

The fact that everything is moving to the Cloud makes it important to get a first grasp on security matters.

Being a cloud app engineer, security and disaster recovery tools, concepts, and experts, will help you play on a safer side. Security methodologies are central to operating an app in the cloud. Alike skills would help you get a lucrative job.

Talking about cloud app development skills, you can’t ignore the importance of developers with various programming skills. Developers with varied skill sets possess the ability to build, manage, and deploy applications quickly. A cloud-based app needs different skill sets for strength and scalability. Thus, learning suitable programming languages and taking help from others with another level of expertise would be a book for a cloud app developer.

Here’s the list of some popular languages and frameworks of cloud world:

SQL : for data manipulation and process

Python: To create, analyze, and organize big chunks of data with ease

.net: must have framework for Azure Developers

Put these programming skills in your learning basket and you would become an unstoppable cloud app developer.

Keeping Up with Changes

Along with everything else, you need a big appetite for walking along with the changes as cloud is an ever evolving technology. Embracing changes give you the ability to create up-to-the-mark apps based on business and users trendy requirements.