AI – An Intelligence To Shape Feature

When you hear the term “AI”, you probably think about Robots similar to the structure of humans. But in reality,  AI is far different, fragmented, vast, and wide-scope technology.

What is Artificial Intelligence?

Embedding human intelligence in computer systems, programs, or in a machine, so that they can function like us without any assistance.

Example: We humans know how intelligent we are, and the same thing we are machines. The difference is machines don’t have brains like us, but they know how to process different data and algorithms to perform actions.

So what we are trying here is to teach machines to think like us (human), and function like us.

Artificial Intelligence is a technology that is capable of changing our lives modernly and technologically. And when a machine takes place of humans, it performs the same task with more clarity and accuracy.

Right now, humans are putting effort into machines to teach them intelligence, but in the future, it may happen that humans are going to get intelligence from AI. Imagine, an AI robot comes to you and reveals the secret of time travel and milky way. It sounds a bit odd right now, but it is what it is.

Systems or machines which are not much intelligent and can only perform tasks for which they are programmed. Their capabilities are limited and they lack human awareness.

Virtual assistants like Amazon Alexa and Apple Siri are examples of weak AI. Because they only process human commands inserted in their programmed data.

Systems or machines which are highly intelligent such as humans. Their capabilities are limitless and their human awareness is beyond reach. These systems are better and smarter than humans and can function most assuredly in their field. 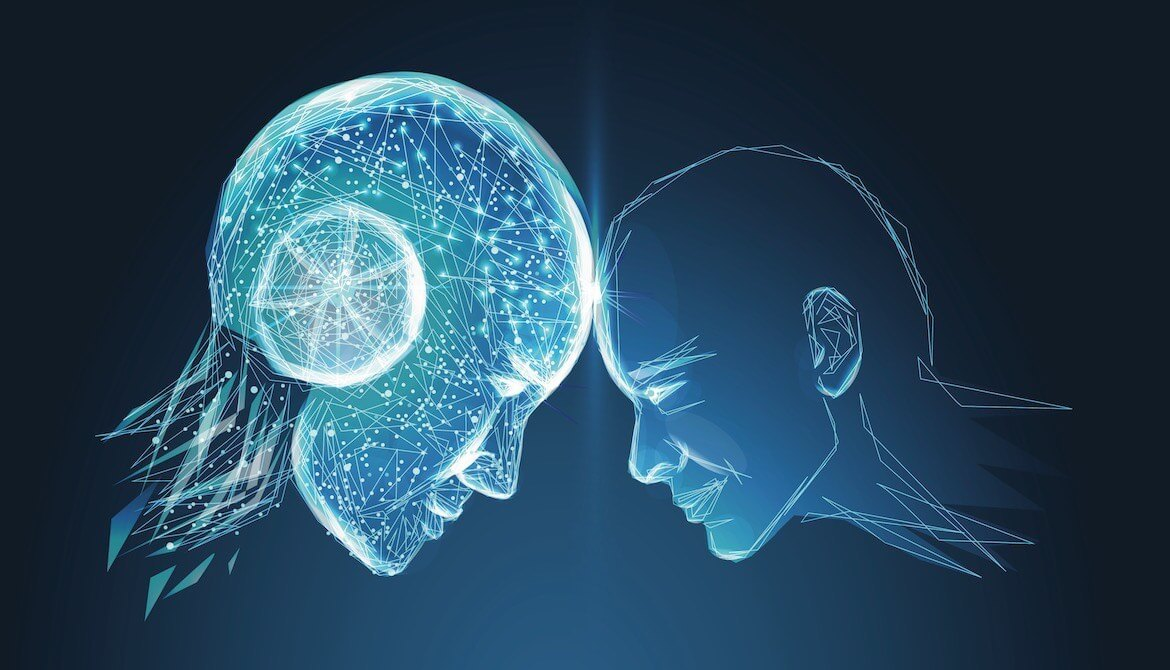 However, there are no such examples that perfectly represent a strong AI. But our innovative leaps help us to get closer to it and soon we will reach that state. For instance, you can take a successful Human AI as an example of strong AI which has not been invented yet, but it will soon..!

Sometimes people get confused between AI and Machine Learning, which are not the same but neither different. AI is a tree, and machine learning is one of its branches. Of course, in both cases, we are teaching machines to function like humans without assistance.

But the scope of AI is way bigger and it aims to replicate human thinking, creativity, behavior, intelligence exactly as it is into machines. For example, an AI robot helping you in calculus problems.

Whereas the scope of machine learning is small, and it can only be incorporated in selected areas. For example, an air conditioner automatically turns off/on as the sensor present in it detects any temperature change in the room.

This is all about the difference between AI and Machine Learning, Now let’s look at some breathtaking real-life applications of AI:

To defeat an AI-based opponent, it takes the same amount of skills to defeat a pro-human player. Many of the modern games are AI-equipped and rapidly evolving to the next level.

AI can provide new insights regarding climate change and it is capable of giving better climate predictions for eliminating factors affecting the environment. It can analyze the images of various power plants located in a geographical region and helps us to reduce emissions.

It is one of the best applications to showcase the potential of AI. However, machine learning and deep learning also had significant contributions to the development of autonomous vehicles. AI enables a car to move by itself and to take the passenger wherever they want to go.

It is also said that in future, an autonomous vehicle will drive better than humans and eliminate the probability of road accidents to a large extent.

Millions of people are using online transaction mediums to make payments every day. And AI algorithms help to monitor these transactions based on customer behavior. Such intelligence helps us to detect any fraudulent activities in no time.

The ability of humans to differentiate things on basis of their intelligence is something that is pretty hard for AI. We know the difference between a dog and a cat, pizza and a burger, car, and a plane. But how come an AI is supposed to know that. It is unbelievable that we have made this possible. It takes a lot of time, effort, skill, and sheer volume of data to make it happen.

The digital tools you used today are the contribution of AI. It translates written/spoken words into your selected language. But the ability to understand the context and meaning of these words gives AI a prestige.

A supercomputer that can answer a question in natural language. And to do such a Hercules task, it has access to plenty of servers that contains countless bytes of information. IBM Watson is a milestone in AI technology. Today it is used by organizations all around the globe for various purposes.

At last, I want to show you a screenplay written by AI in a science fiction film named Sunspring…!!

Wait..! Dialogue written by AI, yes I know it sounds wacky, but it’s true and here it is.

So, this is all about Artificial Intelligence in a nutshell. And not to mention that it is rapidly and gradually evolving around us. However some experts and intellectuals take this as a sign of danger. According to them, if AI becomes successful then it will not only replicate human behavior but also eliminate the need of humans from life and push mankind on the verge of the end.

But they are just predictions and none of us will be sure about that. And I also deny that prediction based on my intelligence level. According to me,  we need to be favorable and positive about AI and hope that it would bring some revolutionary and transformative changes in our lives.